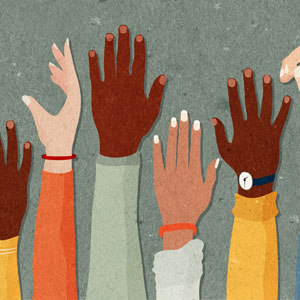 Purpose of the Group

The proposed research group on “New Frontiers of Federalism” aims at exploring a number of emerging issues in classic federal theory and practice. Traditionally, federal arrangements have been adopted to deal with the complexity of divided societies, and thus to accommodate the various forms of diversity (ethnic, religious, linguistic, etc.) existing within a constitutional legal order. If we look at the origins of the federal idea, we can see that the federal principle has to do with the ‘need of people and polities to unite for common purposes yet remain separate to preserve their respective integrities’ (D. Elazar 1987). Federalism has also been conceived as an effective instrument of “vertical separation” of powers, counterbalancing the centralizing power of federal institutions in order to better protect individual rights from the power of the state. Furthermore, the potential of federalism – conceived not as a static concept but as a process – has been explored also within the EU legal systems, despite the still debated and uncertain nature of the EU.

In addition to being an extraordinary tool to deal with diversity in a given society, the federal principle is also considered one of the most promising constitutional mechanisms that help dealing with the challenges posed by the process of globalization and increasing inequality in comparative perspective. For this reason, the purpose of this IACL group is to create a research community focused on  the new challenges and potentials of federalism in dealing with the most pressing issues of our contemporary time. More specifically, the objective is to develop three initial distinct lines of research. The first limb of investigation would be the study not only of the most traditional levels of government, but also of the role of local government and cities as new key players in the management of public services and in the protection of rights. By doing this, the group will fill a gap in legal/constitutional literature which, until now, has often overlooked the role of the cities. Today, cities are key players in current globalization processes, and often they are at the forefront of rights protection, experimenting new ways of governance, as the rise of “smart cities” clearly shows. The literature has coined the word “global city-region” (A.J. Scott), referring to huge urban extensions, either developed around a big metropolis or as juxtaposition of several metropolitan areas.  It may seem counterintuitive, but these metropolitan areas, rather than dissolve in light of the globalizing process, have acquired a pivotal role in the economic and social life of our contemporary societies. The research group will thus look at metropolitan cities as unique socio-economic and political spaces in our contemporary times, as “engines of economic growth” (Schragger), strategic places where to build new modes of governance, better capable of balancing the economic and social dimensions and fight economic inequalities. Cities are also actors of constitutional relevance: especially the phenomenon of the so called “big-cities” is worth to be studied in a constitutional and comparative perspective within federal theory.

A second line of investigation aims at theorizing – from a constitutional law standpoint – socio-economic asymmetries to identify in which ways federalism-based mechanisms can provide answers to the socio-economic pressures that have emerged particularly in the Global South, as regions characterized by some form of economic asymmetry may also mobilize and seek forms of accommodation of their specificity. This specific strand of research will explore how federal constitutions can balance their unifying role while fostering economic diversity, and whether federalism could be regarded as a proper institutional and constitutional mechanism to foster a reconciliation between unity (or social cohesion) and economic diversity in territories marked by a sharp divide between richer, wealthier and more developed regions, and territories that are poorer and less advanced. Economic asymmetries (whether based on natural resources or on successful industrial patterns) are linked to political issues, since these societies, groups or regions may have a clear potential for self-government based on features such as strong governance, strong economy and strong social solidarity. However, claims for more autonomy raised by economically successful or resource rich regions are often associated to self-interest or egotistical desires that collide with the sense of national solidarity that should inform the relationships between the state and the various territorial components (vertical solidarity) as well as among the territorial components themselves (horizontal solidarity). This creates room to explore more thoroughly how federalism can help.

Finally, a third stream of research will focus on the role of federalism broadly understood as a tool to deal with the new challenges posed by the economic crisis, the massive migration and the globalization to our constitutional systems, not only looking at traditional federal systems but also at the particular experience of the European Union  as a composite constitutional space. The theory of federalism is key in order to explore the future of our constitutional democracies which are experiencing an unprecedented  set of challenges and tensions: from the economic and monetary crises to the refugee emergency, and then to democratic and rule of law backsliding in several countries around the world.  Looking at the EU experience, it is quite clear that all of the crises show a latent tension in the relationship between the EU and the member states: on one side, Member States are inextricably tied to the EU in view of their interdependence, and they are bound to respect the core values and fundamental principles of the organization in order to guarantee an effective functioning of the Union’s legal and political order; on the other side, they are still attached to the principles of national sovereignty and of national identity and strive to maintain some sensitive areas free from EU influence or determination. It is a tension quite common in federal states - that however in the case of the EU acquires unprecedented dimensions. What we witness indeed is the rise of “federal questions” within the EU, accompanied by the lack of constitutional instruments, including means of enforcement, to address them. The research group aims to address these new “frontiers” of the federal theory and to discuss their potential in dealing with the multiple crises of our contemporary democracies.

As part of the group’s activities, the idea is to plan one bigger event (in the form of a conference/workshop) every two years, open to members of the research group but also to the wider community and eventually leading to a publication. In alternate years, smaller workshops reserved to group members and/or invited speakers may also be organized.

The group will gather both senior and junior members, coming from different regions of the world (Europe, U.S., Latin America, Asia and Africa) in order to assure the diversity and foster dialogue among different constitutional experience. The following are the names of academic who have expressed an interest in being members of the group: