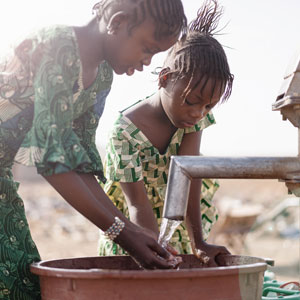 IACL Research Groups are intended to serve as a semi-institutionalised setting for sharpening current debates in legal scholarship and proposing directions for new research. Following this model, the RGSR fills an important function in enabling scholarly conversations between academics researching and writing about international and domestic law relating to social rights. The Research Group was originally instituted in December 2010 at the VIIIth World Congress of IACL, on the common initiative of Victor Bazan, Sandra Liebenberg and George Katrougalos. In the light of changed circumstances and research priorities, as well as to ensure its inclusion amongst the IACL Research Groups, its objectives have now been renewed.

The main aim of the RGSR is to develop a network and a forum for constitutionalists interested in social rights from a variety of jurisdictions. Its planned activities include the development of comparative research projects on topics to be decided collectively, advocacy and public Interest litigation on social rights issues and further involvement to related activities of IACL.

Substantively, the RGSR will ask new questions about the relationship between SER and the broader political and social setting within which they are embedded. Even though the research agenda will be set in collaboration by the members of the RSGR, some preliminary questions include: In an age of deepening inequality, what role should citizen entitlements from the government play in creating a safety net to provide the conditions necessary for human flourishing? How should levels of entitlements be judicially managed and adjudicated? Should courts or the representative branches be the focus of engagement for civil society coalitions?

Subject to revision in consultation with members three lines of enquiry are suggested at the outset: first, theorizing responses to claims that SER serve to cement a political imaginary concerned primarily with adequacy, rather than the setting of standards. Relatedly, the RGSR will situate its discussions within the broader political economy in which these rights are articulated. Second, the RGSR will consider questions on the relationship between domestic constitutional and supranational adjudicatory responses to changes in social entitlements which may have been influenced by the advent of the global financial crisis. Third, the RGSR will consider the lessons which can be drawn from the judicial treatment of SER across a variety of jurisdictions and their implications for comparative constitutional theory.

The RGSR has four primary objectives:

The research group will also serve as a resource for discovery of new scholarship on SER; and, in partnership with the IACL, it will explore options for holding symposia on new books in the subject matter, for example, on new writing on SER from the global south or supra-national social rights adjudication in Europe.

The RGSR will, in coordination with its convenors and members, decide on the future activity of the group. Indicatively, the following would be:

The link to the research group’s blog is here.