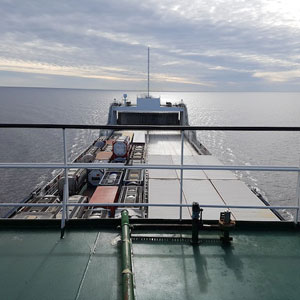 The thesis that harmonises the findings and conclusions of the various projects of the Research Group is a liberal commitment against discrimination in market access on the premise that the freedom of trade implement a scheme of political economy to integrate separate market jurisdictions for the greater equity of all market actors. The work of the Research Group seeks to promote equality of market opportunity for consumers and traders through freedom from regulatory discrimination.

Membership of the Research Group gives scholars the opportunity to undertake analytical and comparative research projects on Economic Constitutional Law and develop the discipline at a global level through the exchange and transfer of their collective expertise. Work is collaborative and collegial.

The Research Group functions within the framework of the IACL but autonomously of the IACL in accordance with its own rules and timetables. It endeavours to assemble on the celebration of every IACL World Congress and regularly in the meantime but otherwise maintains a permanent online dialogue as it develops new research projects: workshops, collections, surveys.

The Research Group is open to further members.

The Research Group is presently scoping a comparative study on the interpretation of free trade by constitutional courts in model non-unitary market jurisdictions and calls for working papers. While the choice of jurisdiction is open, proposals must aim to examine aspects of the reception of International Trade Law by constitutional courts and, more widely, the role of constitutional courts in the constitutionalisation of free trade in federal and supranational jurisdictions. Working papers should not be longer than 10,000 words (including references) and follow the Oxford University Standard for Citation of Legal Authorities (OSCOLA) (https://www.law.ox.ac.uk/sites/files/oxlaw/oscola_4th_edn_hart_2012.pdf). Abstracts and expressions of interest for a prospective research workshop and edited collection should be sent to the Research Group Convenor, Professor Gonzalo Villalta Puig (This email address is being protected from spambots. You need JavaScript enabled to view it.) for consideration.

A further current project is a forthcoming research monograph for Routledge on the economic constitution of Hong Kong. Under the title, The Freest Market in the World: The Constitutional Logic of Economic Liberty in Hong Kong, Research Group members – Professor Gonzalo Villalta Puig of The University of Hull and Dr Eric C Ip of The University of Kong – are conducting a study into the juridical origins, development, application and interpretation of economic liberty as a constitutional principle of China’s Hong Kong. The project has the support of a General  Research  Fund  award  from  the  Research  Grants  Council – University  Grants  Committee (Chief Executive of the Special Administrative Region of Hong  Kong).

Also forthcoming is a book project for Springer, World Trade and Local Public Interest: Trade Liberalization and National Regulatory Sovereignty, under the editorship of Professor Csongor István Nagy of the University of Szeged. The collection is a project of the Federal Markets ‘Momentum’ Research Group of the Hungarian Academy of Sciences led too by Professor Nagy and will include contributions by members of the Research Group.